The following article appeared on the front page of The New York Times Jan. 25. The article quotes Albert l. Wright, Jr., president and CEO, WVU Health System, and Clay Marsh, MD, vice president and executive dean for WVU Health Sciences and West Virginia COVID-19 czar. “Carolyn Zain had heard horror stories about the nation’s coronavirus vaccine rollout: long waits, clunky websites, people being turned away. So when her health department announced it was expanding appointments, she armed herself with two phones — cellphone in one hand, landline in the other — and held her breath. “Within 20 minutes, she secured a slot for the next day. She arrived for her 2 p.m. appointment and was resting in a chair, a fresh shot in her arm, by 2:21 p.m. “’It went wonderfully,’ said Ms. Zain, 79, who, after a year spent mostly home alone, wore a sequined face mask that shimmered like confetti for her appointment at a Charleston clinic last week. “Since the nation began distributing vaccines more than a month ago, it has moved far more slowly than officials hoped and has been stymied by widespread logistical problems. But West Virginia has stood out for its success in getting people vaccinated. About 9 percent of all West Virginians have received a first dose of the coronavirus vaccine, a larger segment than in every state but Alaska and double the rate of some. No state has given a larger share of its residents second doses, a crucial step to securing the best chance at immunity. “While many states are struggling to hand out the shots that the federal government has provided to them, West Virginia has given out 83 percent of its doses, by far among the highest. The patchwork system of distribution in the country is in its early weeks, and experts say operations may change significantly as vaccinations gear up further, but many states so far have struggled to give even half of their allotted vaccines. California and Rhode Island have used just 45 percent of their shots. “’West Virginia is about at the top of the charts,’ said Dr. Mark McClellan, a former commissioner of the U.S. Food and Drug Administration. “We need to get more states to the point that they have the vaccination capacity of West Virginia.”

Dr. Sudarshan Ball will speak as part of Medicine Grand Rounds on Friday, Jan. 29, at 8 a.m. This presentation titled “Stress Cardiomyopathy: The Heart in Emotion” will take place over Zoom. Contact departmentofmedicinegrandrounds@hsc.wvu.edu to receive a Zoom link to watch the presentation. 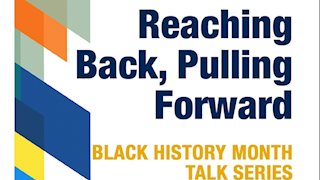 In celebration of Black History Month, the Student National Medical Association (SNMA) and the Multicultural Association of Students in Healthcare (MASH) are organizing a talk series called "Reaching Back, Pull Forward." 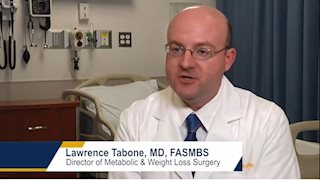 WVU Medicine J.W. Ruby Memorial Hospital has been recognized by Highmark Blue Cross Blue Shield West Virginia with a Blue Distinction® Centers for Bariatric Surgery designation, as part of the Blue Distinction Specialty Care program. Blue Distinction Centers are nationally designated healthcare facilities that show a commitment to delivering high quality patient safety and better health outcomes, based on objective measures that were developed with input from the medical community and leading accreditation and quality organizations. The Blue Distinction Centers for Bariatric Surgery program provides a full range of bariatric surgery care, including surgical care, post-operative care, outpatient follow-up care, and patient education. Bariatric surgeries are among the most common elective surgeries in the U.S. — with more than 252,000 bariatric surgeries performed in 2018 based on a report from the American Society of Metabolic and Bariatric Surgery (ASMBS). Furthermore, the Centers for Disease Control and Prevention (CDC) estimates that nearly 42.7 percent of U.S. adults and 18.5 percent of youth are obese and are impacted by obesity-related health conditions. With obesity reaching epidemic levels among U.S. adults, a significant opportunity exists to improve quality care for bariatric surgeries within the national healthcare system. “We are proud to be recognized by Highmark Blue Cross Blue Shield West Virginia for meeting the rigorous Blue Distinction Center quality selection criteria for bariatric surgery set by the Blue Distinction Specialty Care program,” Lawrence Tabone, MD, MBA, director of Metabolic and Weight-Loss Surgery at Ruby Memorial, said.

Faculty Development session: "Leveraging Your Strengths as an Academic Leader"

All faculty are invited to attend the WVU Health Sciences Center Faculty Development Program presentation "Leveraging Your Strengths as an Academic Leader" on Wednesday, Feb. 10 from noon to 1:30 p.m.

HSC Students that have completed rotation: A Chance to win $500

Students: Have you completed a rotation? Would you like a chance to win $500? Dear WVU Health Profession Student, Would you like to quadruple your chances at winning $500? The WV Area Health Education Center (WV AHEC) under the leadership of Sandra Pope, MSW requests that you complete a free, online WV AHEC Enhanced Learning Opportunity Module prior to or after completing your community-based rotation. There are six topics. With the completion of just one topic unit and the post-rotation survey, your name will be entered four times in a drawing to win $500. These enhanced units allow for a more in-depth understanding of core values found in the AHEC program and take approximately 45 minutes to complete. You will be sent instructions to complete the survey following the completion of your rotation.