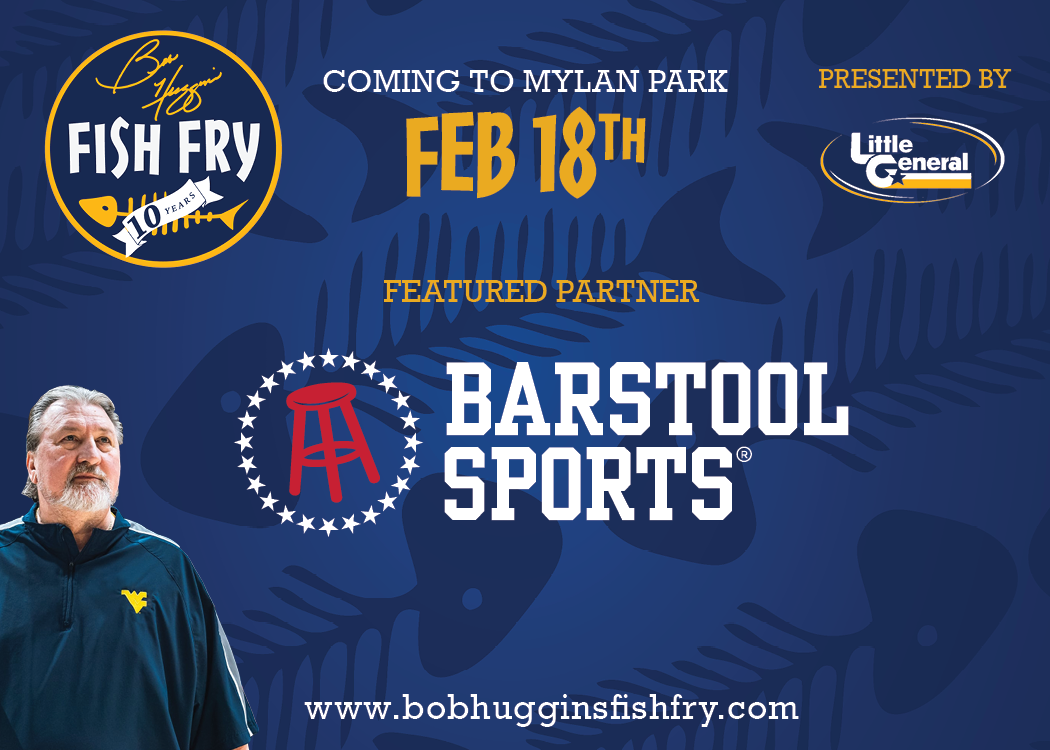 Join us for the 2022 Fish Fry and help Coach Bob Huggins raise a record $1 million to commemorate the event’s 10-year anniversary!

Contributions to the Fish Fry have grown steadily since its inception, rising to just under $1 million annually. As the event marks its 10-year anniversary on Feb. 18, 2022, Coach Huggins is eager to make history by achieving a new philanthropic milestone at the biggest, boldest and most impactful Fish Fry yet.